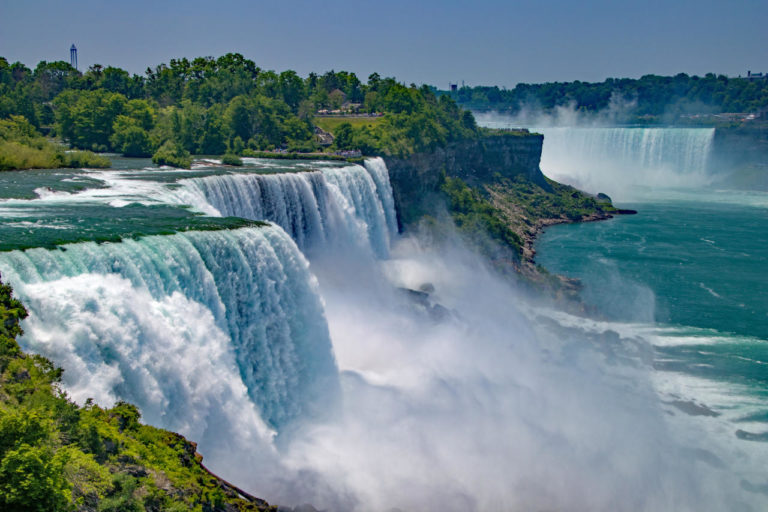 With four of the five Great Lakes draining into the Niagara River, over 750,000 gallons of water flow over the Niagara Falls every second! This enormous volume of water generates large amounts of hydroelectric power. In this case, the Niagara Falls State Park’s website says the mighty Niagara is capable of producing four million kilowatts of electricity. Buffalo Tungsten uses clean energy generated at the Niagara Power Project to power our equipment to produce tungsten powder.

The New York Power Authority reserves a portion of the hydroelectric power produced at the plant for local economic development. For example, the Western New York Hydropower initiative offers Expansion and Replacement Power for companies within 30 miles of the Niagara Project. This renewable energy is one of the reasons that Buffalo Tungsten selected Western New York to build our plant. It has also allowed us to expand and provide additional jobs in the area.

Climate change was not at the top of many people’s minds in 1986 when we purchased our site. As many companies find it difficult to transition to clean energy we see increasing value in our initial strategic decision to be in close proximity to a major source of renewable electricity. As a tungsten powder producer Buffalo Tungsten manufactures many materials that are non-toxic and also safe for the environment. Using clean energy is consistent with our eco-friendly product line.

Buffalo Tungsten uses clean energy and plans to continue doing so well into the future.